Types of Hackers To Know About in 2022 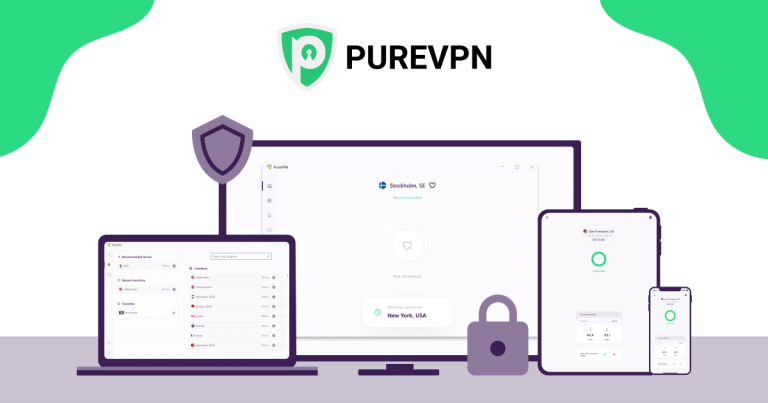 PCs and the internet have changed the work environment of the world beyond thoughts. Technology has evolved swiftly in the last two decades, bringing about new technological innovations to help us navigate our tech world. While much technological evolution has resulted in innovations and tools that help people work, live, and navigate modern life easier, technology has opened an extended window of privacy and security vulnerabilities that hackers love to exploit.

Computers take over a significant part of our lives; all the data has been transferred from records to PCs. However, this kind of shift in working has reduced workers’ physical burden; it has also improved the chances of information theft. People involved in stealing information or harming the systems are familiar people with wrong intentions, known as Hackers.

Today, modern hackers are nothing short of skilled professionals, and they fall into different categories based on their intentions and how they perform their attacks. There are many types of hackers. In this blog, TechNinjaPro will discuss hackers’ types and techniques.

Why Do Hackers Hack? 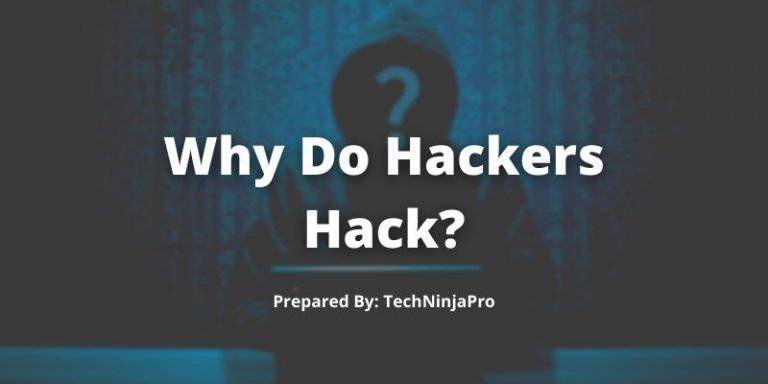 Ultimately, a hacker’s success is measured by the actualization of the objective they set out with; and the objective varies from one hacker to another. Let’s look at some of the reasons hackers hack systems.

Financial gains have always been the top-most objective behind cyberattacks. Since not many PC users have the technical knowledge to hack a system, the hired hacker is adequately compensated. Someone who starts an attack to steal private information, including social security numbers, credit card details, may need to use such data to retrieve the funds of individuals and businesses. The substantial financial gains are a perfect way for hackers to improve themselves.

For some hackers, the excitement they get from breaking into the most complicated networks is all the pleasure that they need. It supports their confidence in their skills and boosts their confidence. The self-gratification a hacker gets may not make sense to viewers, but that does not matter. They can go to any length to prove a point to no one but themselves.

Sometimes, hackers are not attracted to financial gains, and they need to access private information that they are not aware of. A hacker committed to a reason would go to any length to get data that would help protect that cause. If it means hacking an opponent’s PC to access their private data and use that data against them, they will do it.

What are the Types of Hackers 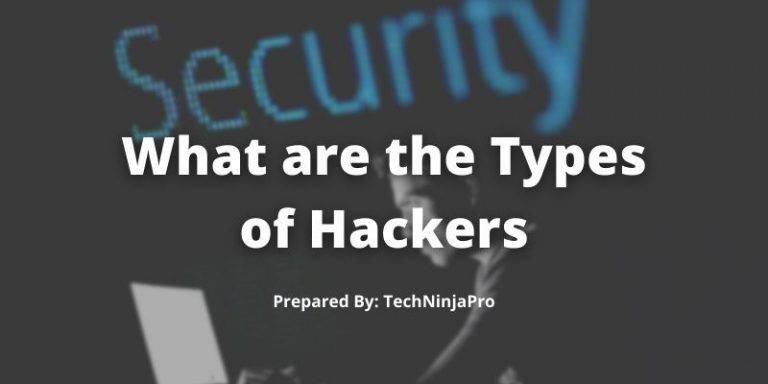 There are many types of hackers available in the market. Let’s have a look at some of them.

The aims of white hat hackers are helping businesses and an appetite for detecting gaps in network security. White hat hackers’ goal is to defend and support businesses in the ongoing battle against cybercriminals. They help businesses create defenses, detect vulnerabilities and resolve them before other snoopers can find them.

Black hat hackers are computer experts but with a bad goal. Black hat hackers attack systems to access the information where the admins do not have authorized entry. On gaining access to the system, they might steal information or destroy it. This hacking practice depends on the individual’s hacking knowledge and abilities. As the goal of the hacker is to make the hacker a criminal. The wrong intend of the hacker cannot be gauged, either can the extent of the breach while hacking.

Black hat hackers hat into business networks and steal bank information, funds, or confidential information. Usually, they use the stolen resources to profit themselves, sell them on the black market, or harass their target business.

Gray Hat Hackers are the professionals who fall between white hat hackers and black hat hackers. Gray hat hackers are not certified hackers. These types of hackers work with both good and bad goals. The goal behind hacking decides the kind of hacker. If the goal is for personal gain, then the hacker is considered to be a gray hat hacker. Gray hat hackers do not want to rob people or help people in particular. They enjoy experimenting with systems to find vulnerabilities, crack defenses and find a fun hacking experience.

Script Kiddies hack systems through DDoS attacks, which simply means that an IP is flooded with a lot of internet traffic that it collapses. It develops confusion and stops someone else uses the service.

Green hat hackers primarily focus on learning how to perform cyberattacks on the same level as their black hat counterparts. Their main goal is to evolve into full-fledged hackers, so green hat hackers spend their time looking for learning opportunities from more experienced hackers.

Blue hat hackers are similar to Script Kiddies that use hacking as a weapon to get popularity among their fellow beings. Blue hat hackers use hacking to settle scores with their adversaries. They are dangerous due to the motive behind the hacking rather than their knowledge. Blue hat hackers intended to find loopholes or vulnerabilities in the software and remedy them before release.

Creating a Stability in Cybersecurity 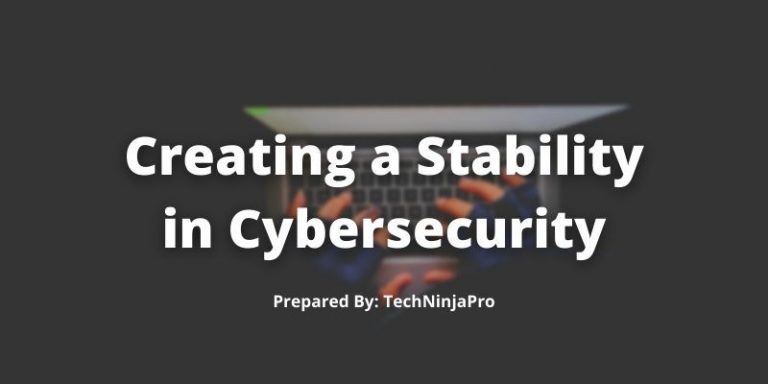 The different kinds of hackers create stability in cybersecurity. As the bad hackers are trying to cause havoc, the good hackers are trying to stop them. Sometimes, your internal security efforts may not be powerful enough to match their expertise. You want the services of professional hackers to provide them a run for their money. 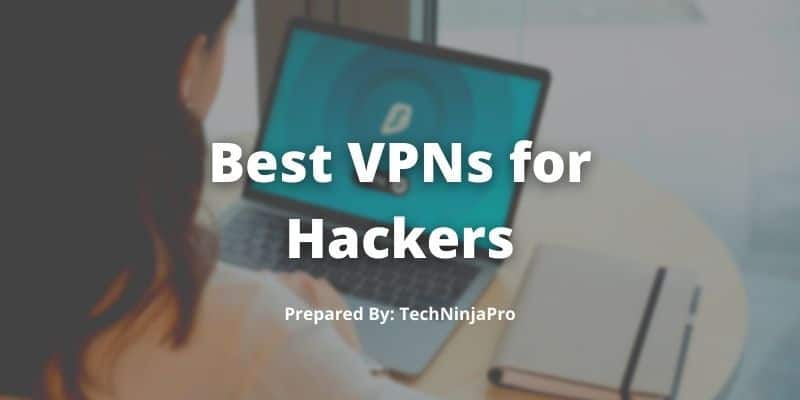 PureVPN is certainly one of the best VPNs for hackers. If you are looking for a quick way in which VPN services help hackers track or access confidential data, TechNinjaPro has rounded up its top recommendations below. 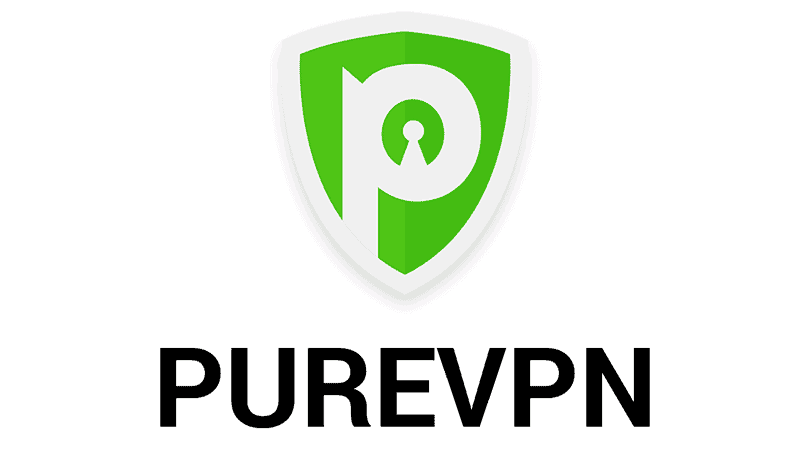 Most Secure VPN for Hackers

What types of digital proof are used to detect hackers?
These proofs are called forensic digital proofs. For example, opening a PC file changes the files; the PC records the time and date it was accessed on the file itself. Forensic software is used to locate and analyze proof stored in digital media.
What types of information are more valuable to hackers?
According to many sources, the most valuable information to hackers is medical information, and this is because it helps them plan their next course of action. However, other data types, including financial records, government records, and social media activities, are valuable to hackers.
What types of technologies can stop hackers from stealing data?
Hackers can be prevented through the use of advanced anti-hacking software. For example. Bitdefender, Malwarebytes, Windows Defender Advanced Threat Protection, and McAfee Security Scan Plus.
Are Chrome extensions free?

What types of businesses are looking to hackers for solutions?
Basically, all businesses need hackers to solve their vulnerabilities against malicious hackers. However, the top enterprises that need them most range from banking and finance, online retail companies, healthcare, and government agencies, and these are certainly the key targets for most hackers.

Information is generally available all over the internet, and devoted individuals can learn and adapt to them immediately. The motive of hacking is what sets the hackers apart, and the information is used for hurting individuals or for personal gain, which makes hackers dangerous. The type and intensity of cyberattacks are dependent on the hacker’s capability to find the loophole and penetrate the security system.