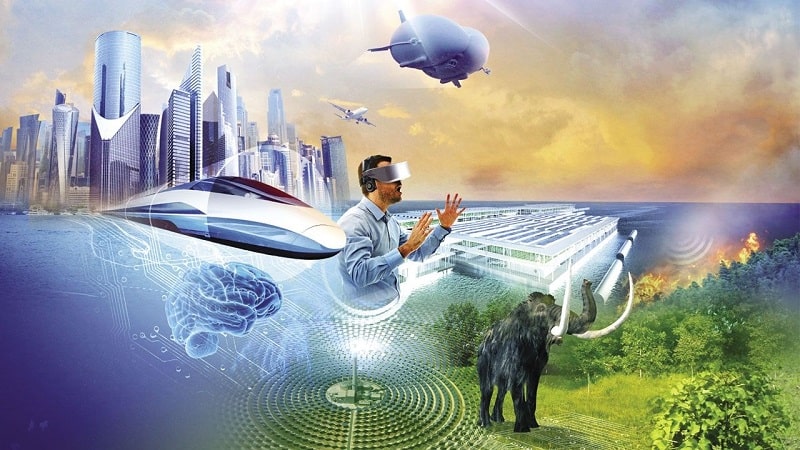 Over the past decade, the world has witnessed a quantum leap in technology. Starting with the boom in smartphones and tablets to 3D printing, artificial intelligence, and blockchain. These technologies have already created a buzz and changed our daily lives and the way we work forever.

Will the speed of this development slow down or, on the contrary, will it begin to develop even faster and significantly change our future? We do not know for sure, but scientists and experts say that in the next decade we can also expect breakthroughs and incredible scientific inventions that we cannot even imagine today.

In this article, we will discuss innovations that have the potential to create our future.

The concept of Artificial Intelligence (AI) is to reproduce human abilities. Starting from Google Maps to social media and robot vacuum cleaners. We are facing AI everywhere. Artificial emotional intelligence (or affective AI) goes even further, collecting data on faces, voices, and body languages to measure human emotions. For example, the MIT Media Lab is developing a wearable device to determine a person’s mood by tracking his or her heartbeat. The device then emits different scents depending on the user’s mood. If the user is anxious or stressed, an increase in heart rate will cause the device to emit a scent, such as lavender, to reduce anxiety.

Education Beyond the Classroom

In the future, education will no longer be limited to formal institutions such as schools and courses. Augmented reality, cloud computing, social media, and adaptive learning systems using eye-tracking technology will enable lessons outside the classroom.

Experimentation and mistakes will also be encouraged, thanks to 3D printing and a playful approach, since there will be no real consequences or budgetary costs. Students will consider their studies as an enjoyable part of their lives that requires active participation rather than a boring and tedious routine. Well, perhaps soon you won’t need history homework help anymore, because boring textbooks describing battles and wars will turn into a fascinating adventure, where the student will not only remember the chronology of events but also feel like a witness to events in real-time. In turn, boring math levels will turn into a fun game for a time that motivates you to learn to solve them faster. Believe me, modern technology can do a lot.

Self-driving cars are not something new; they have been on our roads for a long time. However, future innovations will allow for fully autonomous cars and could lead to one of the most significant changes in our daily lives. Tesla already has a sophisticated autopilot mode that can take over some of the driving functions, but one-day automakers hope we will drive entirely hands-free.

Hyperloop, a company supported by Elon Musk, is already working on a high-speed underground transportation system currently being tested in the United States. The trip from New York to Washington, D.C., is expected to take only 29 minutes instead of 2 hours and 56 minutes.

Thus, superfast trains could revolutionize not only public transportation but also international travel. Flying cars are another possibility. There are already many interesting designs of flying cars that show that this future is a real possibility.

Electronic devices and lighting have been controlled intelligently and by voice for some time as well. Assistants like Alexa are already making life easier for many families. But in the future, smart home technology will take much more advanced and multifunctional forms. For example, researchers are working on a program that detects when you wake up and helps you with your morning routine, such as adjusting the room temperature and automatically turning on the coffee maker. Technologies that work simultaneously can be more useful than systems that do only one of these things at a time.

Genetics and genomics are evolving rapidly today. Genetic predictions could revolutionize the way the medicine works. In the future, predictions of health states may be made depending on a person’s genome. It is possible to predict medical problems such as heart disease or diabetes, allowing them to be treated more quickly. This development could pave the way for personalized healthcare.

The fusion of biology and the technology of the smallest chips. Several thousand Germans already have microchips under their skin to make everyday life more comfortable. For example, medical or personal data can be stored on such implants.

The role-playing game Cyberpunk 2077 takes players into a world where medical and robotic advances have led to humans becoming more than human.

Although we still live far from such a normal life, the use of biotonic limbs is also nothing new to us today. Researchers are also exploring how the back or eyes could be enlarged in the future. Among examples is eSight, which gives blind people a chance to see again.

Robotic exoskeletons are already being used by the military to give soldiers extra strength and the ability to make their work easier. Such capabilities may also help disabled people move around more easily in the future.

A minimal-sized robot in the micro-and nanometer range used in medicine is a nanorobot. They will be used, in particular, to put drugs in the right place in the eye in the future or to destroy and detect cancer cells and toxins. They can also be used to treat different organs or perform complex surgical procedures, which means shorter hospital stays, shorter recovery times, and fewer scars.

Progress in robotics is enormous. NASA is already sending robots of various shapes and sizes into space, and robots are also taking on increasingly tedious, annoying, and dangerous tasks in the workplace or at home doing chores. Boston Dynamics is constantly working on machines to assist the military and just a few months ago put its new robotic dog up for sale, which caused quite a stir.

Technology is revolutionizing food, as well. As 3D printing technology develops, companies are already experimenting with printed foods. Meat is grown in the lab without the addition of antibiotics or growth hormones and could be available as early as 2021.

With global warming, environmental and resource issues, green technology could be the solution. Electricity can be generated from wastewater or waste, and new technologies can turn discarded plastic into material for paving roads and sidewalks.

Many countries intend to focus on green technology, and countries such as Denmark, Israel, and Sweden are leading the way.

Some time ago, Chaotic Moon Labs came up with the concept of smart shopping carts. Such a cart can read a shopping list from your phone, then take you on a shortcut through the store to the desired display case and offer to buy some related items. During service, the cart will count all your purchases and accept money, avoiding the need to stand in line at the cash register. Regular customers can be recognized by the robotic cart’s face and offered to make purchases based on the preferences already analyzed.

Recent studies have shown that very often the traffic jams occur not because of the low capacity of the highway, but because of the unevenness of the traffic. Many countries are conducting developments now, and in some places, they are already introducing tools that help to prevent traffic jams. These could be special sensors that collect traffic information and transmit it to traffic lights, which automatically change their operating mode. Or the new Adaptive Cruise Control (A.C.C.), which maintains a set distance between cars, thereby smoothing out the irregularity of traffic as the main cause of traffic jams.

Microsensors in the mouth

Scientists at Princeton and Tufts are working on an ultra-miniature sensor that attaches directly to a tooth in the mouth. Such a sensor would be able to signal the presence of specific bacteria in saliva, usually accompanying peptic ulcers and some forms of cancer.

Currently, all coffee producers use a single “dark roast” technology, which largely unifies the look and taste of any type of coffee. But now new technologies of transportation, storage, and production are increasingly entering this sphere, which very soon will radically change the coffee we are used to. So, most likely there will be coffee with a taste of, for example, orange or roasted almond, and Starbucks is already offering light coffee called Blonde Roast. So, very soon our customary taste and dark coffee color can become a relic of the past.

Everyone knows the positive psychological and therapeutic effects that pets have. However, a cat or dog needs constant care, walking, and feeding. That’s why scientists at the University of British Columbia have created the so-called “smart fur”. This strange-looking creature is covered with artificial fur, under which special sensors and controllers are hidden, allowing to imitate the reactions of a living creature.

Although all these inventions are almost ready for widespread adoption, of course not all of them will have an easy fate. It is interesting, what innovations can win recognition and become widespread soon?

Physicists at Wake Forest University have developed a fabric that works as an electrical outlet for your portable devices. This fabric uses the temperature difference between different parts of our clothing to generate electricity. For example, the temperature difference between the armpit area and the shirt cuff can be up to 10 degrees, which is enough to power an MP3 player, for example. 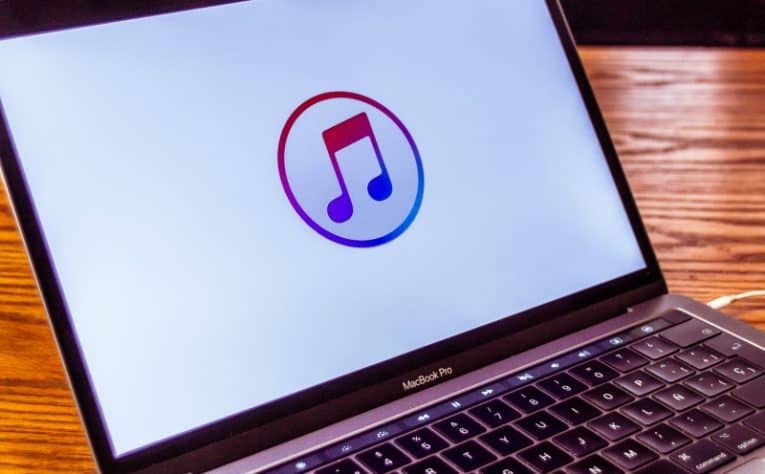 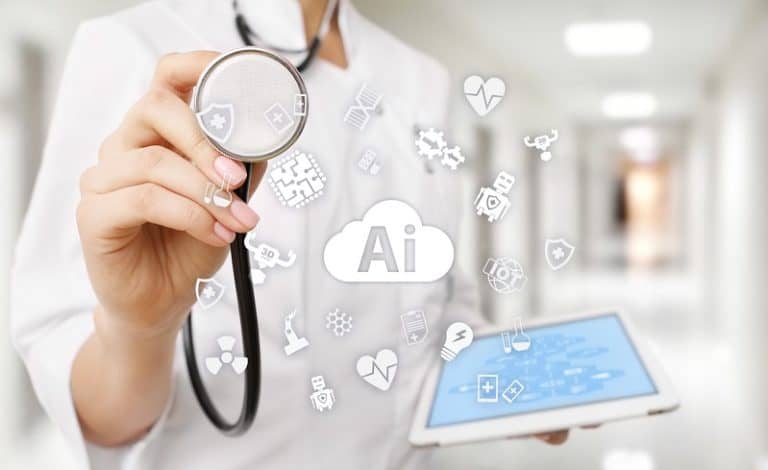 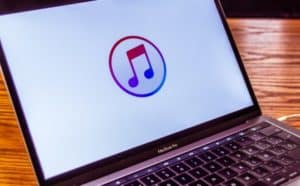 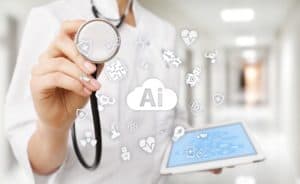