RAID is a technology that joins disk arrays through its levels to better performance, fault tolerance, and storage capacity. Different drives are merged by the configuration, also known as RAID levels; each level has its pros and cons.

RAID 0, RAID 1, RAID 5, and RAID 10 are the most regularly utilized RAID levels. A few other variations are available, depending on the user’s demands. These RAID levels can be executed with either hardware or software, although the higher RAID levels are installed with hardware for good performance.

In this article, you will further find the compare two of these levels, one is RAID 5, and the other is RAID 10. 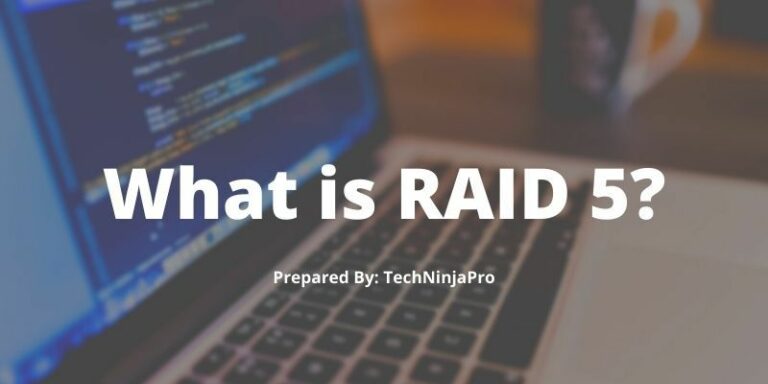 RAID 5 consists of 3 or more hard disk drives. On RAID 5, the information is divided across the drives into evenly sized blocks. The parity data is then gathered, broken apart, and spread. The array will use this data to compute and retrieve any lost information if one of the hard discs fails.

Performance, security, storage, and fault tolerance are all balanced in this design, resulting in an overall efficient structure. It’s a standard RAID level because of this balancing feature.

Here are some of the advantages of RAID 5:

Like RAID 0, RAID 5 is also fast for reading the data since it uses the same splitting feature to save the data across the drives.

RAID 5 also has the feature of data redundancy due to parity. Data in a RAID 5 arrangement is striped uniformly across all disks. In addition to this, parity information is stored to retrieve data if one of the drives dies.

To rebuild the new replacement disk, it must read everything on all existing disks. Because of the parity calculations necessary in restoring data and creating the replacement disk, recovery from failure may be slow.

The storage capacity of the RAID 5 is 6TB, which helps it provide outstanding performance and the ability to cover drive failures. The RAID 5 can balance both the reading and writing processes, and in comparison to other RAIDs, it has more usable storage.

Here is the list of disadvantages of RAID 5 gathered by the TechNinjaPro:

Due to the parity feature, when a drive fails, it requires collecting data from all the other drives to rebuild it. If two drives go down simultaneously, lost data will not be recovered.

Because of the parity, the writing process of the data is very slow. Plus, if the drive fails, it will take some time to collect the data across the RAID configuration. 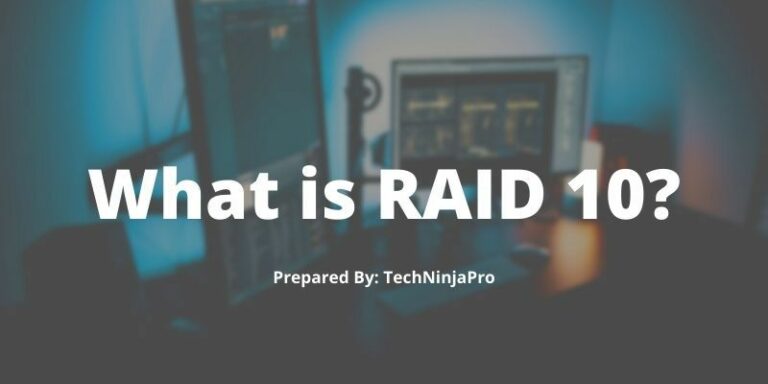 RAID 10 combines two other levels, RAID 0 and RAID 1. It is a perfect combination of benefits of both the RAIDs.

Like RAID 0, it uses disk striping, but instead of collecting the parity data, it uses the feature of RAID 1, where it mirrors and duplicates data. With the help of features from both RAIDs, it comes with better fault tolerance and high performance.

Here is the list of advantages of RAID 5 gathered by the TechNinjaPro:

With the help of borrowing benefits of RAID 0, RAID 10 comes with high performance for better writing and reading data. In addition, the striping feature helps you get fast speed as you can read and write data simultaneously.

RAID 10 is secure because of mirrors and replicates all of your data. Raid 10 combines disk mirroring with disc striping for safe and secure data.

Here is the disadvantage of RAID 10:

It has all of the advantages of RAID 1, but it also has the disadvantage of RAID 1, which is that it requires more storage because it employs mirroring. As a result, it is more costly than RAID 5. 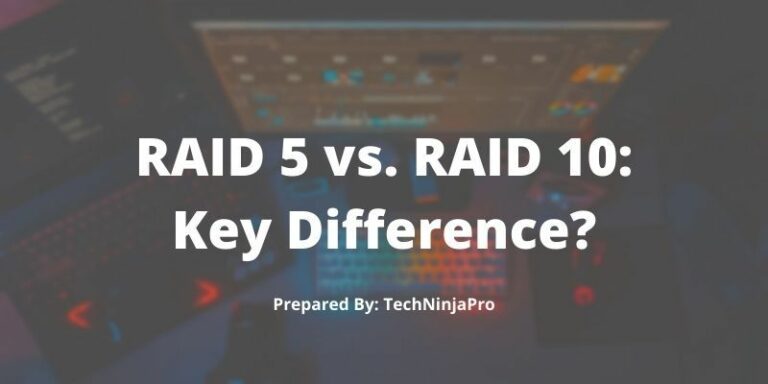 In the article, you will find a detailed comparison of RAID 5 and RAID 10. If you are still confused between the two, there is no need to worry TechNinjaPro further explains the exact real-life situation to decide which one to use in a particular requirement.

RAID 5 is for those looking for a good balance between fault tolerance, performance, and storage capacity. RAID is an excellent option if you do not want to spend a lot of money, and they are also not interested in making compromises over space and performance.

RAID 10 is perfect in the situation when you are looking for high fault tolerance and fast speed as well. Email servers or Web hosting servers require handling a large amount of data to be saved and accessed later if needed. It can also be used in need of a server for a database system that cannot afford any downtime and provide constant reach.

Latest Articles for You!