Is a VPN Worth It for Streaming and Browsing Online? 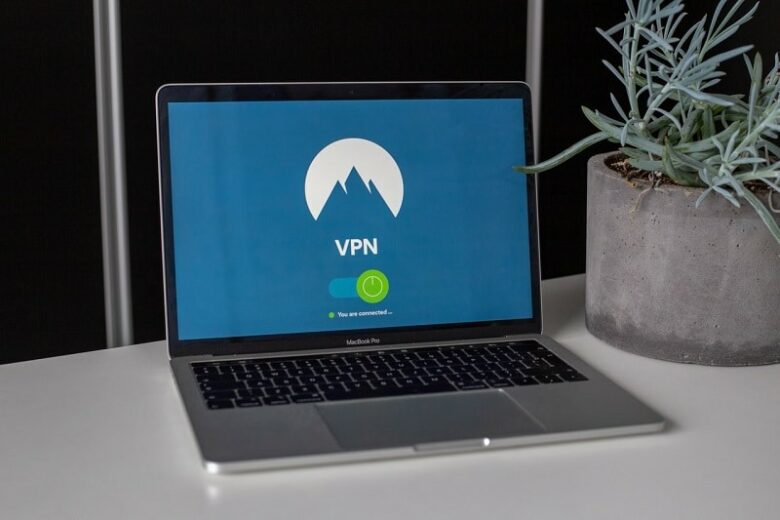 A Virtual Private Network or VPN is becoming a valuable online resource for many internet users. It provides security and privacy in your browsing activities by creating an encrypted tunnel through which you transmit and receive over the internet. When a VPN is activated, your internet traffic passes through this tunnel operated by a remote VPN server. Your data is safe from prying eyes and unauthorized monitoring. A VPN also allows your computer to take on another virtual address by exiting through the VPN’s remote server’s IP address. It is a convenient means of appearing to be having access from a different location, which is useful in accessing geo-restricted content online.

The catch is that most reliable and VPNs come at a relatively high price. With growing concerns about internet access privacy and the disparity of available content in different regions, one might ask: is a VPN worth it for streaming and browsing online? Read on as we try to answer the question below.

A VPN Can Protect Multiple Devices

We have come quite far in terms of technology that most modern households use more than one device to access the internet. Gone are the days when an entire family uses a single desktop computer. In most internet-connected homes these days, most if not all family members have smartphones to access the internet. Most households have more than one desktop, laptop, smart TV, tablet, or other devices that can connect to the internet. Even those living alone are likely to have at least a laptop and a smartphone. In the early days of VPN services, the challenge of how to use VPN on multiple devices became one of the most pressing concerns for VPN providers. A growing number of VPN providers can provide browsing protection for various devices from a single subscriber account. Some providers can protect at least 5 devices, which is ideal for household use, while others can save an unlimited number of devices, making them ideal for business use. With this new development in VPN coverage, you can be assured that your browsing information and personal data are safe, whichever device you are using.

Internet service providers (ISPs) generally provide your connection to the internet when you go online. They keep track of their subscribers through their IP addresses. Typically, all of your web traffic goes through the ISP’s servers, which means they keep tabs on your activities online.

There is no guarantee that your ISP will keep your online data and browsing history private. The possibility that ISPs may share subscriber browsing history to advertisers, marketing companies, police, or government remains real. ISPs are also not impenetrable and can still be vulnerable to data breaches and infiltrations in which hackers and cybercriminals can get a hold of the subscribers’ compromised private and personal.

Public Wi-Fi networks are also not always safe due to the high risk of third-party intrusion. Different third-party entities can pry into your unprotected internet connection and make you vulnerable to threats of data theft, password copying, payment information access, and identity theft.

Privacy of personal data is a primary concern of many internet users. Since the dawn of the internet more than 60 years ago, the internet is still an unpredictable frontier where the privacy of your explored and exchanged information can be at risk. Using a VPN lowers the information privacy risk by encrypting the data you send and receive across the internet. The encryption makes it harder for third parties to snoop on or steal your data.

Geo-Blocking can be troublesome for internet users who travel internationally and those who live in regions with limited internet content access. For example, you are initially from country A, and you are on an international vacation in country B. You notice that you can no longer view the content you usually access while you were still in your home country. You may also see that you are using a local version of the internet browser you typically use, and your access is limited to content within the country. This can be troubling, especially if you are an avid Netflix subscriber and currently following the hottest shows and latest seasons of your favorite series back in your home country. Whether you are on a business trip or a vacation, there is also a need for you to check on things at home or communicate with key persons back in your country, and being in a geo-blocked region can prevent you from doing that.

Using a VPN presents an ingenious solution: changing your IP address to a VPN server’s address back in your home country. The reverse operation can also be applied, where you can bypass a geo-blocked streaming site or program or internet content by using the country’s IP address with the restriction.

Have you ever wondered why your internet starts acting up or becomes sluggish at certain times? You may have noticed frequent buffering during downloads, video calls, or video streaming. If you are an avid downloader or love to do peer-to-peer file transfers, you need a fast and stable internet connection speed, and interruptions or latencies in internet speed can be frustrating. Not all ISPs conduct their businesses fairly or ethically. Many ISPs practice bandwidth throttling, where they inspect your traffic and selectively slow or limit certain types of traffic based on certain conditions. They may slow down video streams, torrenting or peer-to-peer file transfers, large file downloads, and even access to websites that are not involved in the ISPs’ profiteering racket. ISPs also implement data or bandwidth caps even if you have an “unlimited” subscription plan with them. Another limitation of ISPs, intentional or not, is inefficient traffic routing. Your ISP might often pick an inefficient route when sending your internet traffic, which can lead to slower internet speed.

How does having a VPN work around this limitation? We mentioned earlier that a VPN encrypts your data and provides your internet traffic a tunnel to avoid third parties’ prying eyes, including ISPs. While it is also true that oftentimes, a VPN can reduce internet speed due to the additional load of adding encryption and proxy servers to your internet connection, it can also improve internet speeds on certain conditions. Now that net neutrality has been repealed in the US, ISPs are becoming bolder in implementing unfair tactics to increase their profits. If your ISP is regularly throttling your connection, a VPN’s encryption can hide your traffic and prevent your ISP from monitoring what you are doing. Thus, you can browse at an increased and stable internet speed. Another benefit of encrypted traffic is bypassing inefficient connections. When your ISP doesn’t know your traffic origin and destination, it will place your traffic on a different route and increase your internet speed in the process.

Your Online Shopping Gets More Efficient with a VPN

The data and traffic encryption benefit of VPN also applies to online shopping. Avid online shoppers can have secure transactions by reducing the risk of data breaches. Also, the widespread VPN servers scattered across the globe can allow online shoppers to check multiple stores and find cheaper prices by connecting from various locations. There are also geo-restricted software, games, movies, and online stores that online shoppers may want to explore but could not access a regular internet connection. A VPN can help bypass geo-restrictions by changing your IP address to match the geo-restricted region’s IP address. One possible downside to this is you may need to have a bank account in that country.

Frequent travelers can also use VPN to help them get the best deals for their flights and hotels. Airline websites display different flight rates based on the location or country of the user. Using different VPN locations can help you check the prices of a flight offered in other countries and compare the lowest price. The same method can be applied for booking hotels, where you can match your VPN server to your desired destination and check hotel booking rates locally. Hotels often offer lower rates for locals than for tourists, and you can take advantage of it with VPN access.

A VPN Offers No-Log Policy and a Kill Switch Feature

These two features can help put the minds of VPN users at ease. Most VPNs have a no-log policy, where they do not store your data, browsing habits, or browsing history. It gives an additional layer of privacy and anonymity, which most internet users need.

The kill switch feature is an added security measure by many VPNs in poor network connection, network interruption, or a connection failure. It cuts off the internet connection to prevent your computer or device from reverting to a public IP address and become vulnerable to third-party tracking and monitoring. Other VPNs also provide ad blockers or DNS/IP leak protection to enhance user security further.

With these many benefits offered by having a VPN, you might want to consider adding to your internet connection. While it is true that the price of a VPN usually doesn’t come cheap, investing in your online privacy and security is worth it. If your current budget holds you back from getting a VPN, there are also quality free VPN services you can avail of. The bottom line here is to have at least some online privacy measure or protection than nothing at all. 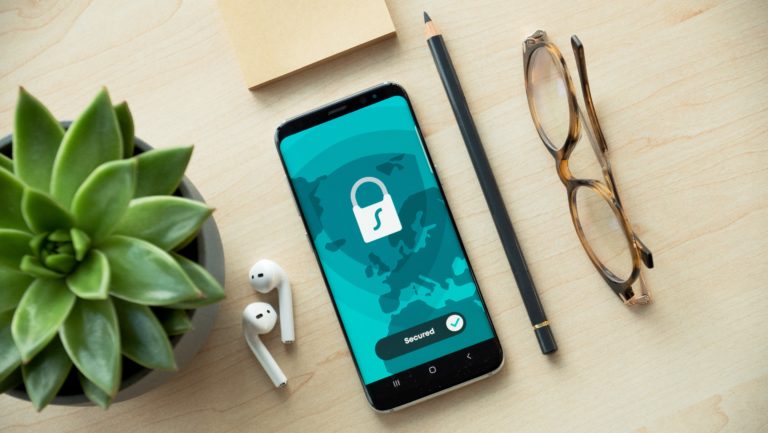 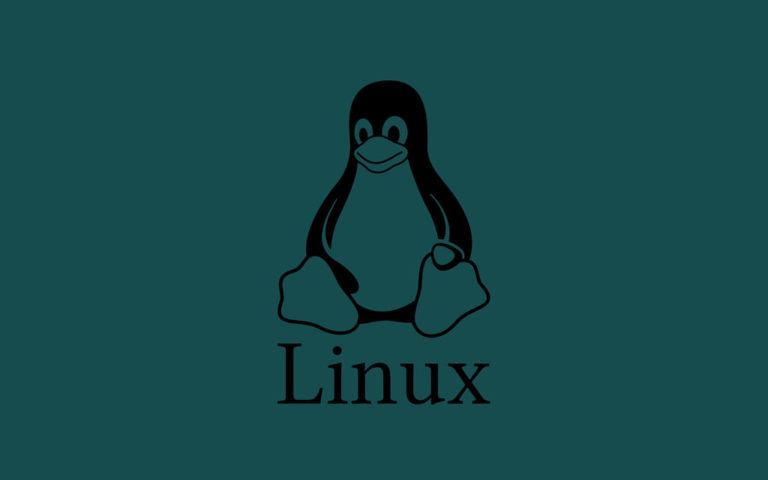 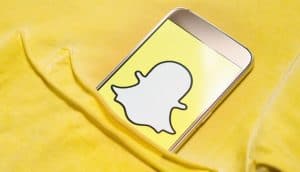