In 2021, things are changing, and social media is no exception. The photo-sharing app Instagram has also evolved down the years, the most visually appealing, significant, and influencer-oriented platform today. Whether they boast of the most stunning feeds or simply the vast fan following, celebrities on Instagram hid steal the show. Be it movie stars, singers, pop stars, musicians, or any other famous face, you will find them on Instagram. Their feeds make you stop scrolling for viewing the glam shots, leaving you mesmerized.

According to an article in Huffington Post, you too can create IG posts splendid enough that celebs would share them. You can keep your Instagram photos simple using your smartphone camera to pique audience interest. There is no need to hire a graphic designer. All you need to do is use one of the apps to create visually appealing images on Instagram. This article will walk you through the most-followed celebs on Instagram who made their mark on his social site. Read on to learn more.

She is known worldwide for her acting, singing, and fantastic romance and very popular on Instagram. Taylor is one of the greatest modern recording artists as well as a talented lyricist. The singer is one out of 12 women in Time magazine as the most prominent individual around the world, appearing three times at least. Taylor Swift has 125 million followers on Instagram.

She often shares some cryptic clues related to music regarding new music, stunning shots from her incredible performances, selfies, and photos of her personal life on her Instagram profile. You will find much of her vintage, black and white images. Taylor is also known for posting concert visuals, music videos, and campaign images naturally.

The international soccer hunk and star has a whopping 200 million Instagram followers. His IG grid includes his soccer shots, the sexy chiseled masculine physique, who is a handsome hunk with the ability to pose and suit like any other professional celeb.

Ronaldo’s impeccable and curated Instagram posts did exceptionally well and he is proud to have his place in the most-popular or followed list for many years now. As a Juventus forward and the national Portuguese team, he made his mark as one of the top footballers around the world.

His Instagram feed has loads of family photos, Ronaldo playing soccer, and enjoying the great things of life to delight his followers. He is the first footballer to touch the 200 million mark on Instagram. You too can buy real Instagram followers, be it a personal or professional account, provided you have the best and visually stunning images and videos on the social app.

Selena is a famous actor and renowned musician with 214,161,939 Instagram followers to her credit. Again, she was honored with the esteemed title of ‘Goodwill Ambassador’ UNICEF in 2018.

She has several awards to her credit during her career span and significantly well identified as the billboard person. Selena has the maximum Instagram followers at some time before being outdone by Cristiano Ronaldo, the famous soccer star and hot hunk. Selena often interacts with her Instagram followers and shares selfies, photos of the celeb at events, as well as, images of her friends on social media.

Leo Messi has 187,949,255 Instagram followers and is the Barcelona forward and the second sportsman to crack the best 20 celebs with maximum Instagram followers. Messi is the successful captain of the Spanish club Barcelona FC as well as the Argentinean national soccer team. Did you know that this footballer has won the FIFA best men player’s award six times?

If you look at Messi’s Instagram page, you will find photos of him playing football and visuals of his personal life and family.

She is a US-based performer, singer, as well as, dancer with 167,668,463 followers on Instagram. The celeb has sold more than 160 million records to make her one of the top-selling music stars of all times.

Beyonce is one of those singers who had a mighty impact on music style, contributing significantly to modern, popular music. When it comes to her Instagram profile, you will find loads of shots from her musical performances as well as photo-shoots with the singer’s fans. She also has some personal Instagram posts.

The sizzling, sexy star has 138 million Instagram followers. She is a popular American actor, singer, and dancer. She is 50, yet a role model for several and for generations to come. She is the highest-paid Latin actor, making more than a million dollars for a movie.

You can see her Instagram posts related to her music promotion, events, and behind the scene shots.

Although this is not an all-inclusive list of the most popular celebrities on Instagram but includes the celebs, who are rising stars in their respective fields. Be it sports, music, or movie celebs, this list has it all. 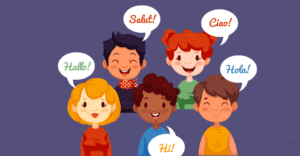