3 Ways to Evaluate the Value of a Currency 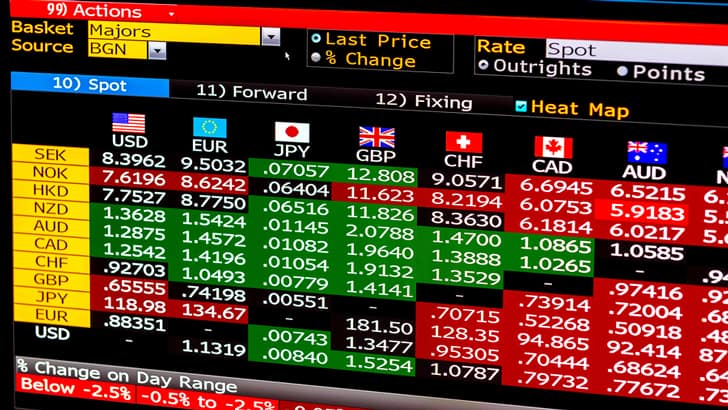 What do you think decides the value of a currency? Honestly, there’s nothing but the demand for the currency that determines its value. The concept is similar to the value of different goods and services. For example, there is high demand for rice in a specific region. The stores selling rice may increase its price to make more profit. Similarly, if the dollar is in tall order, it will have a better value than other currencies.

How does currency evaluation affect you?

Currency evaluation affects you every day. It involves the prices of products you buy. Suppose you are buying gas for $10 a liter. If the value of the dollar increases, the cost of gas will also increase. And the problem with this system is you can’t delay these purchases. You cannot stay hungry for a week if the value of the dollar keeps increasing. Instead, you will have to go out and buy essential commodities at a higher price because of your currency’s value.

In the evaluation process of currencies; there are three methods to measure the value of a coin:

Although exchange rates are the most popular method globally, you still need to know the other two ways to figure out where your country’s currency may head in the next few months or years.

Your country’s exchange rate compares its value with the currencies of other countries. For example, if you compare the dollar to Euro, you will find out whether the dollar has a higher value than Euro or not. This helps you to quickly determine the number of euros you can exchange for one dollar. Most Forex experts consider the U.S. Dollar as the most popular exchange rate of a currency measurement.

Currency rates change almost every day because of the foreign exchange market. Your country’s currency value depends on the following factors:

If your country ticks all these boxes, you can expect its currency to have a higher value than most countries. Suppose India’s Reserve Bank has a low debt level, its bank interest rates are satisfactory, and the economy is booming. This will put India way ahead of countries that can’t satisfy these conditions appropriately. India’s currency will have a higher value than those countries.

If your country ticks all these boxes, you can expect its currency to have a higher value than most countries. Suppose India’s Reserve Bank has a low debt level, its bank interest rates are satisfactory, and the economy is booming. This will put India way ahead of countries that can’t satisfy these conditions appropriately. India’s currency will have a higher value than those countries.

The value of a currency also increases or decreases according to the demand or treasury notes. High demand here means investors are ready to pay more than the notes’ face value. They are ready to accept a lower yield. On the other hand, low demand means the investors will pay less than the notes’ face value but will receive a higher yield. A low yield means high dollar demand, while a high yield indicates a low dollar demand. This cycle continues until the yield is high enough to trigger a renewed dollar demand in the country.

How does the Treasury Note System Work? The U.S. Department of the Treasury sells these notes at face value and a fixed interest rate. Investors need to bid at the Treasury auction to decide whether to buy the treasury notes at a higher or lower price than the face value. They can later resell the notes on a secondary market.

A currency is often held in currency reserves by foreign governments. This also affects the currency’s value significantly. For example, if a country decides to stockpile dollars during import-export and receive dollars for payments, it will shoot the dollar to the top. It will increase the dollar’s demand within a few days, and you will see a spike in its value immediately. Many countries use this as a strategy to hold the dollar to lower their currencies’ values. China and Japan are the two biggest holders of the U.S. dollar.

The advantage of this system is if the value of the dollar declines, it also brings down your country’s reserves. This will enable your government to stop holding on to dollars in its reserves. It will move on to other currencies, such as the Chinese Yuan, Yen, or Euro. This reduces the dollar’s demand and brings its value down.

According to the 2020’s third-quarter statistics, foreign governments held as much as $6.94 trillion in U.S. dollar reserves. It’s almost 60% of $12.25 trillion, which represents the total allocated reserves. However, this amount is still lower than 66% and 63% recorded in 2015 and 2008, respectively.

How your currency’s value impacts your country’s economy?

Let’s take the dollar here as an example. If the dollar’s value strengthens, it will make American-made products less competitive than some foreign-produced goods. It will also make American-produced goods more expensive. This eventually will reduce the U.S.’s exports but will slow down its economic growth. But it also leads to lower oil prices. Oil-producing countries keep an eye on the dollar’s value to evaluate their export rates.

Although a higher currency value lessens the public’s purchasing power, a consistently lower value may also lead to the country’s economic deflation. This makes it essential to monitor currency values to determine your company’s financial position in the world.